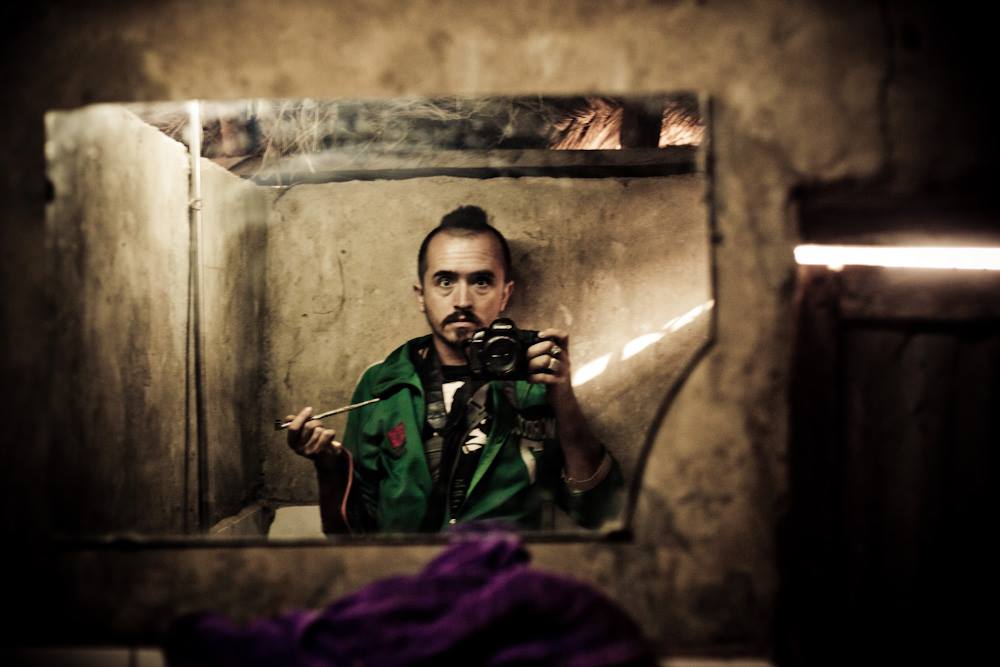 There are certain parts of Jung’s work that seem prophetic, considering how different his world had been to what we are experiencing now. I am referring here to his writing about destructive role of excessive attachment to what he has called persona, our externally presented social role. Social media and coaching culture is a breeding ground for such a grotesque exaggeration of this issue, and Jung’s observations about obsessive striving for perfection causing deeper suppression and escalation of the unconscious shadow is very valid in this realm too.

But what Jung writes about those who we currently see everywhere online ?

“. . .a formidable concession to the external world, a genuine self-sacrifice which drives the ego straight into identification with the persona, so that people really do exist who believe they are what they pretend to be.”

When someone makes a full time job out of embodying some golden standard – of morality, success, happiness – and his whole life is sold, packaged as this persona and presented for the world to see, appreciate and fund, in hope of learning how to follow, mimick and obtain the same promised abundance, the temptation to hide any error, malfunction, lows and most of all doubts increases to a level rarely known before. Yes, we have always had hypocritical preachers but now they seem to be lurking from every corner, chasing each other in a maniacal race of egotic, narcissist personalities hiding behind enlightened facade. In this process of coaching and “empowering” they are actually infecting others, who obviously troubled by their own doubt, their own sadness, dream and strive for the world free from it. The promise is there, but what is the hidden price the coaches will not speak of, because they may not even be aware?

“A man cannot get rid of himself in favour of an artificial personality without punishment,” wrote Jung. “Even the attempt to do so brings on, in all ordinary cases, unconscious reactions in the form of bad moods, affects, phobias, obsessive ideas, backslidings, vices, etc. The social “strongman” is in his private life often a mere child where his own states of feeling are concerned; his discipline in public (which he demands quite particularly of others) goes miserably to pieces in private.”

This is why you will see relationship coaches desperately lonely and alienated in their real, hidden lives. This is why beyond the online smiles and light beaming from Instagram there is a growing despair, depression and feeling of self esteem so low as high it is presented in the creation of persona. Universe is based on balance and the more one grabs for feeling happier or more enlightened, the more he /she will likely slide into the mud and slime.

How to step out from that vicious circle? It may be hard for those dependent on persona for income, especially if they already managed to create an addictive flow of profit funding lavish lifestyle that is supposed to prove how right are their choices and efficient their keys to happiness and abundance. But what is the purpose really, to convince others that we are happy, or to really live satisfied life? You want to be attached to the role of preacher showing the way, or walk the way?

Humble yourself, I say to my-self. Look for those mechanisms in others to better understand your own, says Jung. When you bring it to the light, you have power to recognize, accept and integrate. Then the persona can be what it should be – a game, one we can detach from, play rather than perform. When you are able to be nobody, you can be many, at will, – both the trickster and the priest, teacher and humble student. When I notice that I am writing these words, ( or participating in any discussion ) not only to help others, not only to help myself – but also to get recognition and perhaps even use it for future benefits – I am only beginning to learn. When I am able to stay low, be disregarded, ridiculed, I am investing in my humbleness.

But watch out, that also could be turned into commodity. Let’s keep noticing those personas before they will obscure all of our other potential. Making friends with them and not exorcising though. To close with final words from Jung :

“It is under all circumstances an advantage to be in full possession of one’s personality, otherwise the repressed portions of the personality will only crop up as a hindrance elsewhere, not just at some unimportant point, but at the very spot where we are most sensitive: this worm always rots the core. Instead of waging war on himself it is surely better for a man to learn to tolerate himself, and to convert his inner difficulties into real experiences instead of expending them in useless fantasies. Then at least he lives and does not waste his life in fruitless struggles.”