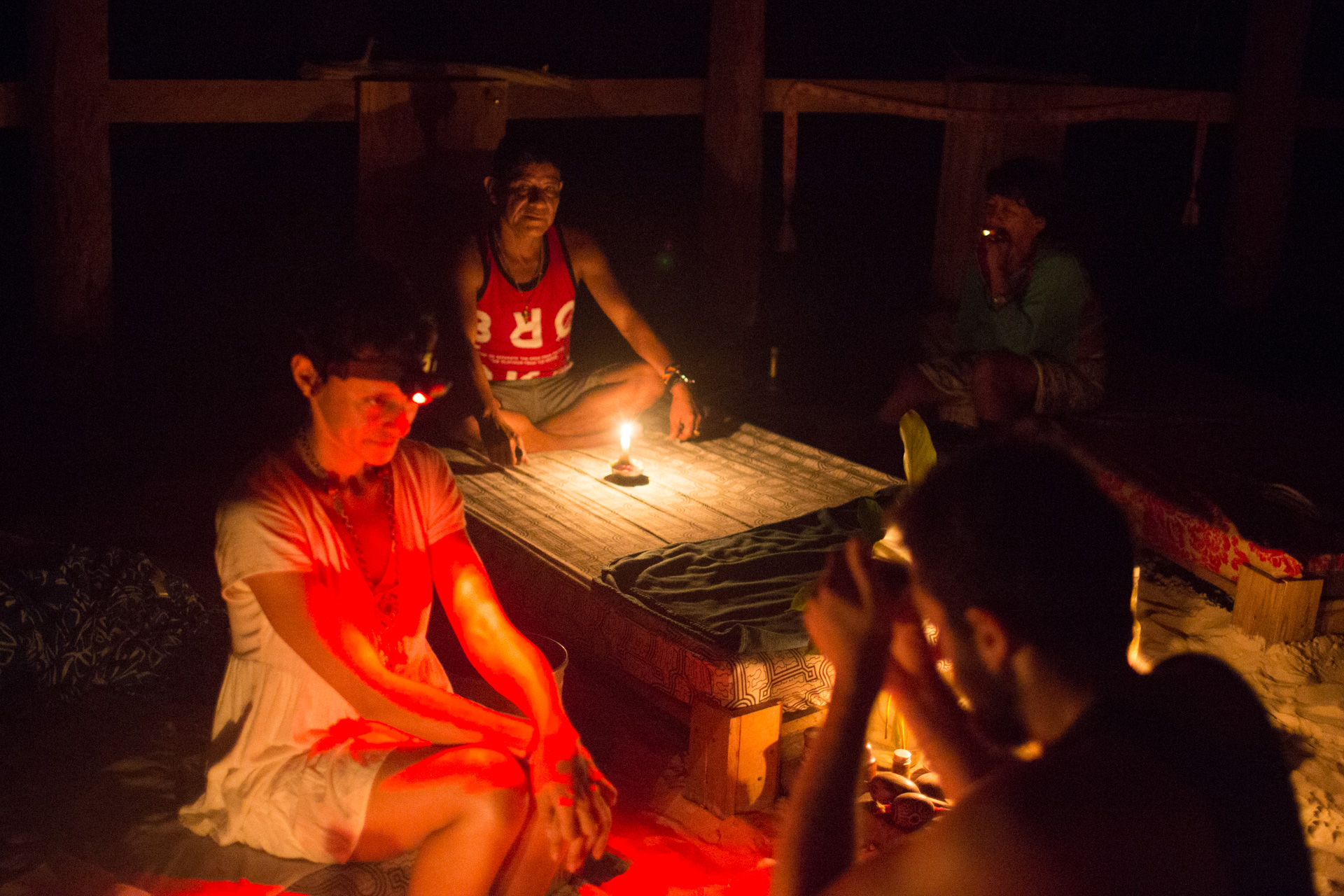 What is depression then, if not disease, some unexplained malfunction of the organism ( brain ) that we can shoot at with series of changing chemical weapons in hope that it will alleviate, or solve the issue being confused with its symptoms? And to make it clear, I include in the above arsenal molecules such as psylocybin or DMT, that are to solve it just like the previous pills. That has not worked and will not work.

Based on our experience here, the answer is quite simple and quite consistent, even if individual cases and life stories vary. Ultimately we always work with them, and not with the label, but if I were to generalize, what people coming carrying this label with bring, is universally an issue resulting from a psycho-spiritual message being sent to them, by their greater, wiser self, that is signaling things being wrong in their life, environment or system they are embedded in. That message, not being properly heard or acted upon, increases in its intensity, leading to ever greater, ultimately unbearable suffering, taking away agency, hope, sometimes even lives. Therefore it must be stressed, no one should downplay seriousness of the suffering, but misperception of it and resulting mistreatment are even more dangerous, because they lead away from lasting solution. Unfortunately, one common way of escape, and temporary effort of silencing the message is with pharmaceutical medication. It is an escape, because to both parties of this terrible arrangement it is easier than finding roots and starting the change. For doctors, it is easier to prescribe, than to venture in dangerous realms bordering spirituality, which may be even more risky than doing nothing. For patients, it is easier to hide under label of depression or bi-polar, claim “it is not my fault”, I am simply sick, just as it is not my fault when I got flu. Well, in both cases it is not so simple, and in both of cases giving away responsibility also means giving away agency. I am broken machine, doctor, I will lie down here, and you fix me. This fatalistic approach, when you become your diagnosis, from the doctor or system you trusted, will most likely trap you in the label and move away from present, ever changing moment. Instead of experiencing of temporary crisis as many in life, you now are defined by your chronic “condition”. Efforts to fight it will only increase rigidness of the distorted perception, creating loop, that is even harder to see with pharma haze obscuring clarity of insight. The narrative dominant around these issues, in mental health system, makes things complicated. You know, when your teeth are in bad condition, that the pain is the message. You can calm down the pain on your way to the dentist, but the dentists are not focused on fighting the pain, they don’t insist pain is the illness, and so you can resolve the real problem without wasting years of masking it, while it grows bigger. No matter how limited that analogy is, in mental – or as I should provocatively stress, spiritual health, the issue of knowledge is much more important.

That is why ayahuasca or mushrooms ( may ) work. They do not fight the depression. They ( may ) bring the knowledge, and then, if you finally hear it, act upon, you realize what depression was.

And of course, for those who experienced the process, the joyful universal realization is, that no matter how serious it seemed, everything was – and is – alright all along, and it is not any effort that fixed it.