trust rather than fear 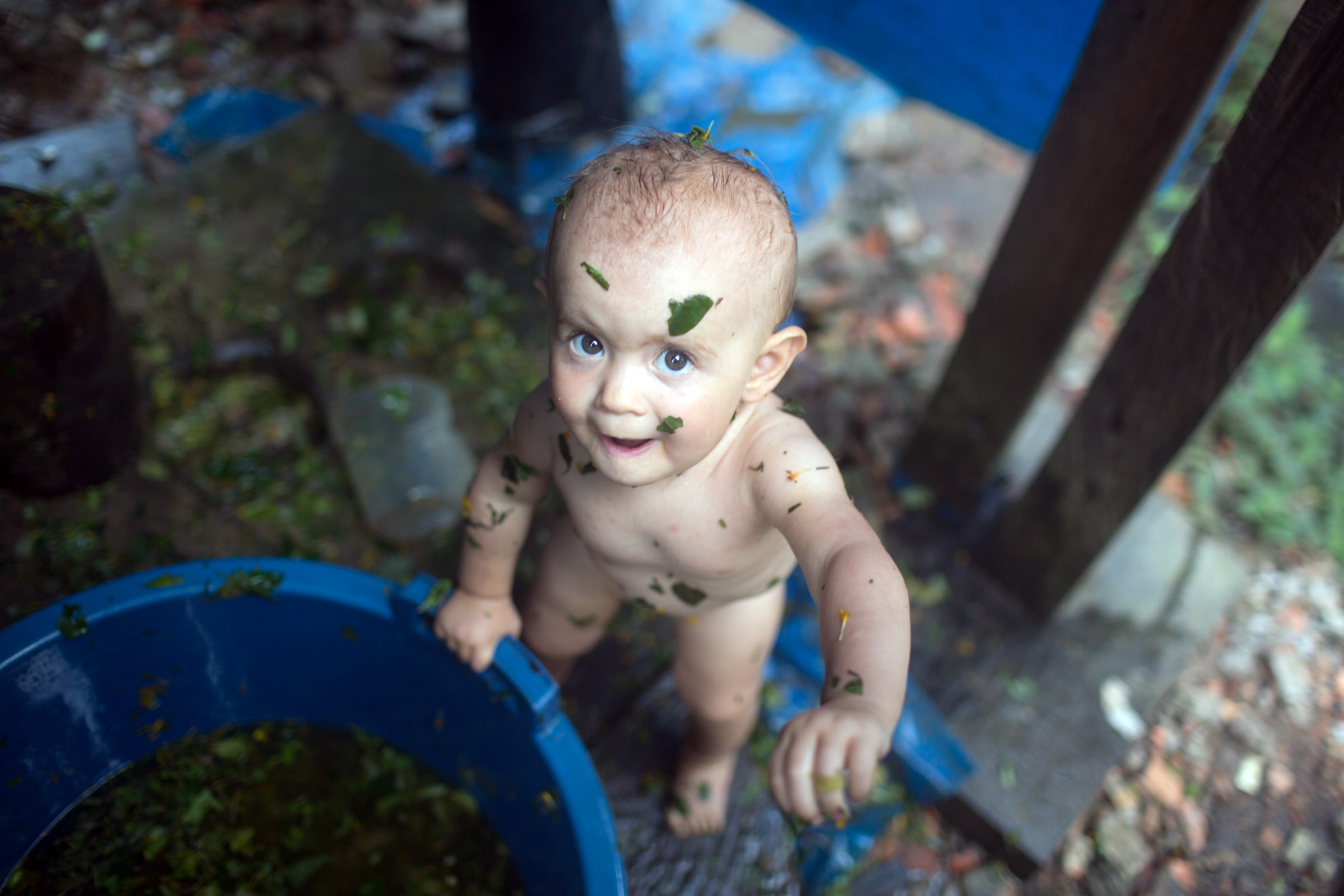 When we first moved in the jungle with a young baby, the fear, or rather the paranoia was there. How do we stop her from eating from the ground, crawling in chicken shit, being bitten by ants, parasites, snakes, you name it…

The fear was only before doing the move. Once there, reality was bringing the answers. During more than a year of exposure to this “terrible” and “scary” environment all the diarrheas and colds of the previous period of living in more sterile, isolated, heated and civilized conditions became thing of the past.

It happened not thanks to our increased control, but precisely because of impossibility of it. In such environment you have to be pretty blind to pretend you can keep  all “threat” at bay, or in other words, you can only relax when you admit “nothing is under control”.

And then came the virus, and new paranoias. And again, in the beginning we gave in to collective madness, oh, how things will be, oh those unruly neighbours, we may get infected, how will we deal, hospitals are overburdened, oh, what if the locals will be hostile to foreigners as is common since beginning of mankind in times of epidemics, this fear, that fear…Really, only one energy of Fear taking different disguises.  Until something broke, like a smelly, swollen ulcer… There is this saying, road of excess leads to the palace of wisdom. It is absurdity of this project of keeping world under control, both in our personal lives, in our small yard and on global scale, that was shoved into our faces so intensely that even a stubborn fool and control freak as me had to notice. The problem is not in the threat, it is in me, inventing always new potential threat, always new problem to solve, never happy, never satisfied with NOW, even if it is pretty calm and stable, I have been looking for enemy and preparing for it, and in the process wearing down my resources of energy and actually threatening my well being.

But that well being does not come from ever stronger shields maintained at a great cost and often with serious “side effects”. I have seemed to understand it years ago, when I started travelling and living in the tropics and refused to use any of the antimalaria medication, that was sold as “necessary protection”. Years of life in constant exposure to supposed danger proved I was right. But what is understood once, so easily slips away again, poisoned by doubt, and weariness to continue to learn from always new challenges.

Traditional medicine is not based on search for selective weapons against ever increasing range of evils that lurk in the darkness. It is about interconnections. Plant bath of this picture is just one of many ways of inviting world into our being, rather than denying it, as modern civilization maniacally practices, surprised after it always finds it way into barren, sterile landscape, causing catastrophe after catastrophe. Our chicken run free, and die when it was their time. But wave after wave of aviary, swine or other flu originating from industrial farming do not trigger any serious discussion that perhaps what we do to the world, we do to ourselves. For analytical, selective, ever more specialized modern science and medicine there are some causes and effects but there is no bigger picture, because ever more narrow specializations become like tunnels of reality, and what is not seen from that tunnel, is deemed heresy from the ignorant.

For some however these things have always been obvious, perhaps decades, sometimes even centuries before proud science will find way to confirm it with its own logic and language. The more we become disconnected from the world, the more it becomes a threat, whether it is Muslim invader watched from the walls of fortress Europe, or germs and viruses perceived from villas with disinfected door handles, habitat of  Michael Jackons of the sterile human made prison lands.

Every little bit this burden of control is lessened, I feel like my being becomes lighter, happier, healthier – and paradoxically stronger. In this martial dance of life, I know that I can expect the best by not fearing – not focusing on the worst. I do not believe that “if you want peace, prepare for war”. If you always prepare for war, you will see war everywhere. That war is result of ignorance, ignorance stems from fear and breeds more fear. Vicious circle can be broken by opposite, trust and love. They go hand in hand, and the way to reach them, is by long and painful process of knowing myself.

Therefore I fear not any more restrictions, lockdowns, limiting of my previously believed to be infinite external world. The more I am given the gift of restriction, the more I am really given opportunity to focus. This way my “enemy” becomes my teacher, my limitation points to the direction. That realisation of course comes with recurring resistance, but every time it is again understood, something of it stays.

Universe is finally healing our greed of the external that we claimed to have noticed, to have understood as source of impeding doom, and yet were not able to do much about it. Now, when we can’t grab as much as we thought we wanted, can we finally realize infinite bounty right in front of us.

I apologize for every time I angrily say THEM in their fear of death make it more difficult for us to lead our lives. They actually make it easier.

bathe in the world